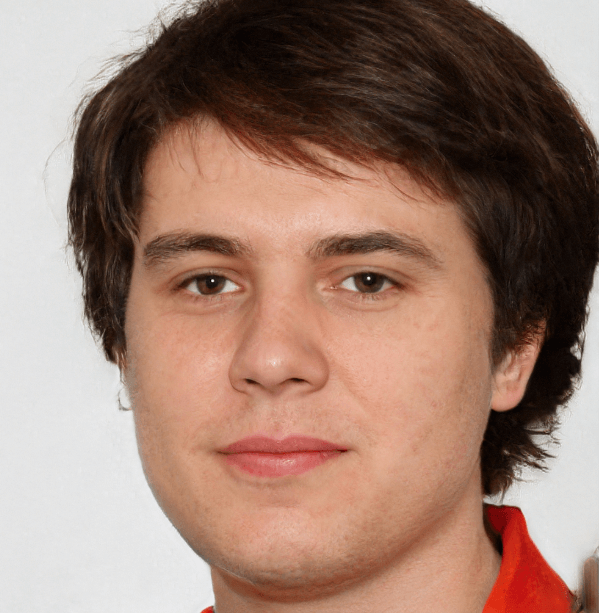 If you want to make a pizza, you have to use pizza dough. From the perspective of web development, a framework is like the dough. It plays the role of the base of your web application, software, or web service. You have a wide variety of choices and options in making a pizza. In the case of web frameworks that are used to build a web application, the situation is quite the same.

In this article, we will discuss two of the biggest web development frameworks that are used today – Laravel vs Django. We will make a fair and objective comparison of the two. But first, let’s recall the concept of a framework and introduce our competitors.

A framework is a skeleton, and the developers and designers build applications with different features on this skeleton. You can use it as an abstract tool when you need to reuse code or need some help with application development. A framework contains some codes and pre-template structure. The user interface is not necessarily included.

Some frameworks like Django come with an administration interface. But many of the others, the developer will have to write the code, and use it to interact with a variety of framework features. This is an important thing to consider when it comes to choosing the right framework for the project that you are working with. The right framework can help you code easier and faster so you can avoid missing deadlines.

Web development frameworks and their types

Below, we will compare in more detail the differences between django vs laravel, so you will understand in what areas it is better to apply each of them.

What is PHP framework Laravel?

Laravel is one of the most popular PHP frameworks. It contains many additional libraries that greatly simplify the development process. This framework has detailed documentation and many tutorials, which helps to study it faster. Also, convenient architecture and built-in tools make it attractive for many PHP programmers.

With Laravel, you can simplify your work process and build PHP-based web applications that you want. It clearly follows the model view controller and object-oriented approaches. Because of its useful features, Laravel is one of the most preferred web frameworks in the world.

What is Python Framework Django?

Django is probably the most popular framework from Python’s league. Its flexibility allows the developer to use Django almost anywhere and for anything. It follows two patterns:

This framework is a solid foundation for many web-projects. Big business uses this technology, as well as startups that have gained huge success. Some of them we use every day.

This Python framework is so attractive because it allows developers to quickly and quite easily create a prototype. Lots of open source projects written with this framework have gained huge popularity.

The Main Difference Between Django and Laravel

You are probably wondering which is better. But before answering this question, let's compare Django framework vs Laravel framework.

Let's take a look at some charts:

As we can see, Laravel holds the strong 3rd together with Raven.js. AngulerJS and Jquery 2.1.1 are far above the field by a factor of more than 1.5.

Let's use our “microscope” and set up our zoom x10:

According to this cross-section of the top global sites, Laravel feels more confident and follows the top dogs like Vue.js and Express.


Let’s take a look at some of Django’s charts:

Django is settled just between Vue.js and Laravel.

In this sample, Django shows a good result, sharing its position with Vue.js and Express, not far behind Raven.js. Unfortunately, Laravel is not in this top six club.

What about the freelance market?

Python is quite a fast language, that's why Django is considered as a pretty fast framework. Let's look at the benchmarks: 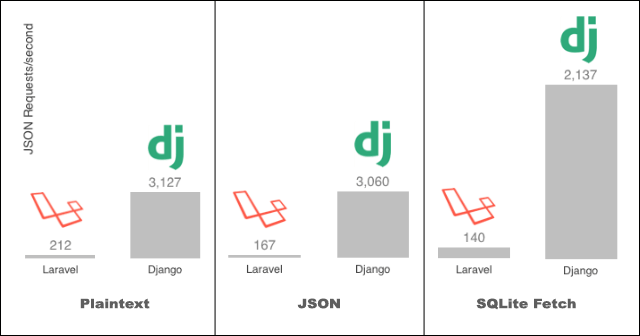 *  numbers represented here are requests per second during tests.

The following charts consult the next benchmarks: 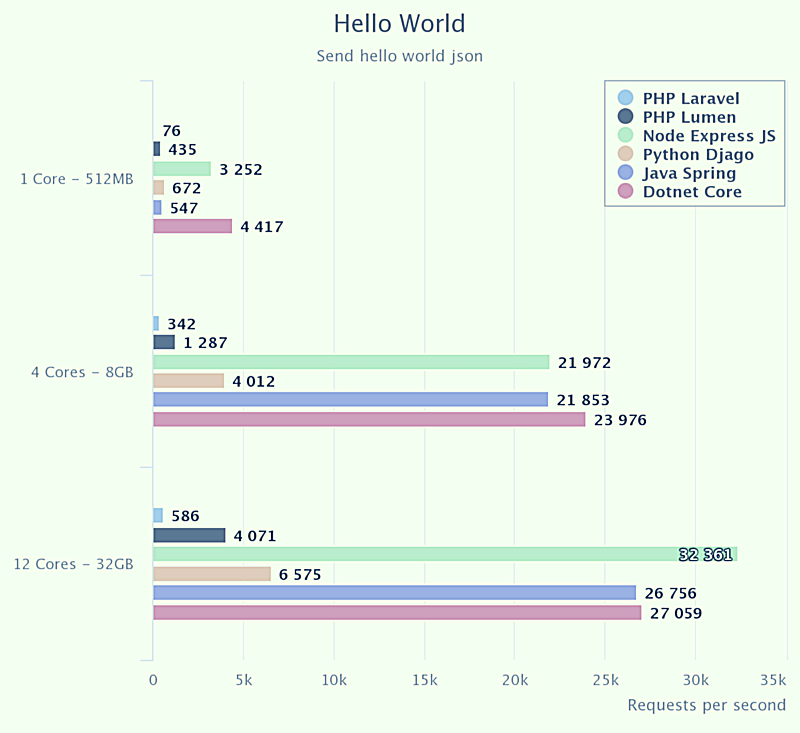 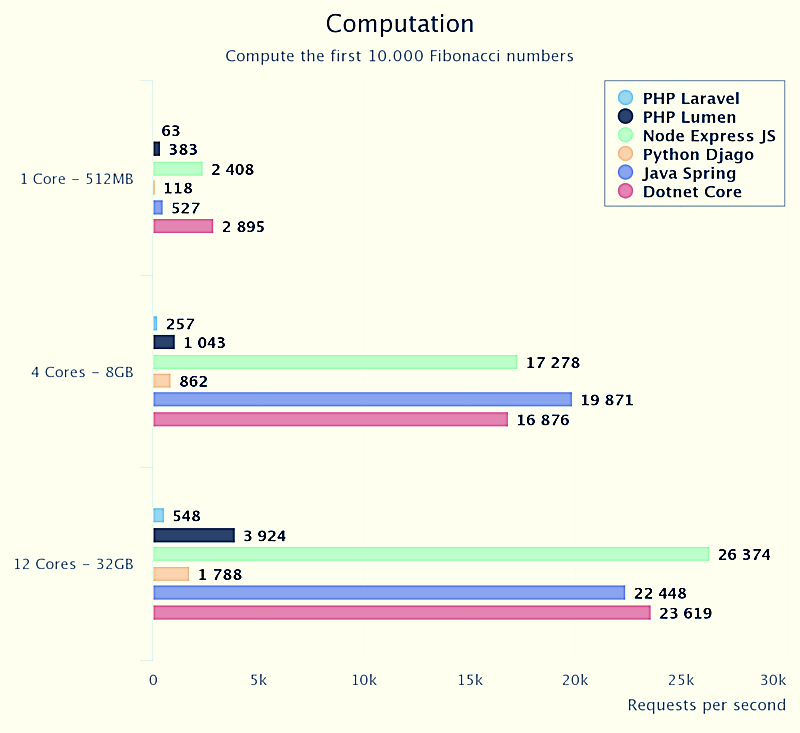 As you can see, Django is pretty fast and demonstrates its speed in each and every test.

Want to create a startup or expand your business? It’s easy and affordable with KeyUA. Depending on your needs, we will develop a secure architecture and implement user-friendly functionality.

Get In Touch With Us

Django vs PHP - Both are widely used software, but like all frameworks, they have their own significant vulnerabilities. Both of these frameworks can be extended with a wide range of app plugins for additional functionality. Despite the fact that Laravel is not that popular in terms of open source projects, Laravel and Django can be attacked from different vectors.

Application layers are the prefered target for hackers, so if you are running full-stack PHP or Python, note that they have their own vulnerabilities, nearly incomparable to other languages and their frameworks.

Let’s take 8 examples for each framework starting with Django!

1. file_get_contents() - With this simple function, an intruder can get content of your file:

However, if attacker wants to go further, he can get file names from the server:

With this function, an intruder can read files from the server and get its content.

It’s quite difficult to detect this vulnerability, so be careful!

2. Double form submission - Your PHP script can be executed twice because of double-click on the submit button. Needless to say that it can result in big problems.

4. ZIP bomb - There are websites, where you can upload .zip archives, then you can extract it and do whatever you want with those files. The trick is that you basically can upload archive that takes only 40 KB, which grows up to 4506742 GB of space. Sounds like a nuclear explosion inside your server, right?

5. CSRF - Just like Django, Laravel has some weak points when it comes to cross site request forgery. Image a picture that there is a link on the website, with which user can remove his account, like so:

If user clicks the link, he’ll delete his own account.

6. ClickJacking - This one is aimed to make user click where he definitely don’t want. Like the invisible Twitter retweet button just on top of “login” button.

7. Injected SQL - This is the most famous vulnerability. A hacker can input his own SQL right into your code. If you have something like:

If anyone enter this into email field: 1 OR 1, the query will change and look like this:

8. Cross Site Scripting - This kind of looks like a previous section. You can inject JS\HTML code into HTML page. For example, if we look at the search engine page (like Bing or Google), the result page will show what you are looking for:

If hacker enters this:

JavaScript will run by user’s browser, and he’ll see the popup message saying “hey, look at that!”. So what? Hacker can steal your password, cookies, or redirect you to other website.

Both Django and Laravel have their own security issues, but it is possible to protect your website in the best way possible. Safety first!

In the case of Laravel and Django, it may be difficult to understand which one is easier to start with. Let’s try to sort out the features that play a central role.

Templating is pretty simple with these frameworks, due to the fact that both of them provide well-made templating engines.

Routing is an important aspect that is provided by backend frameworks. In the case of Django, it can be pretty hard, as you have to learn about regular expressions. With Laravel, you can simplify your work with routing. Let's take a look at simple examples: 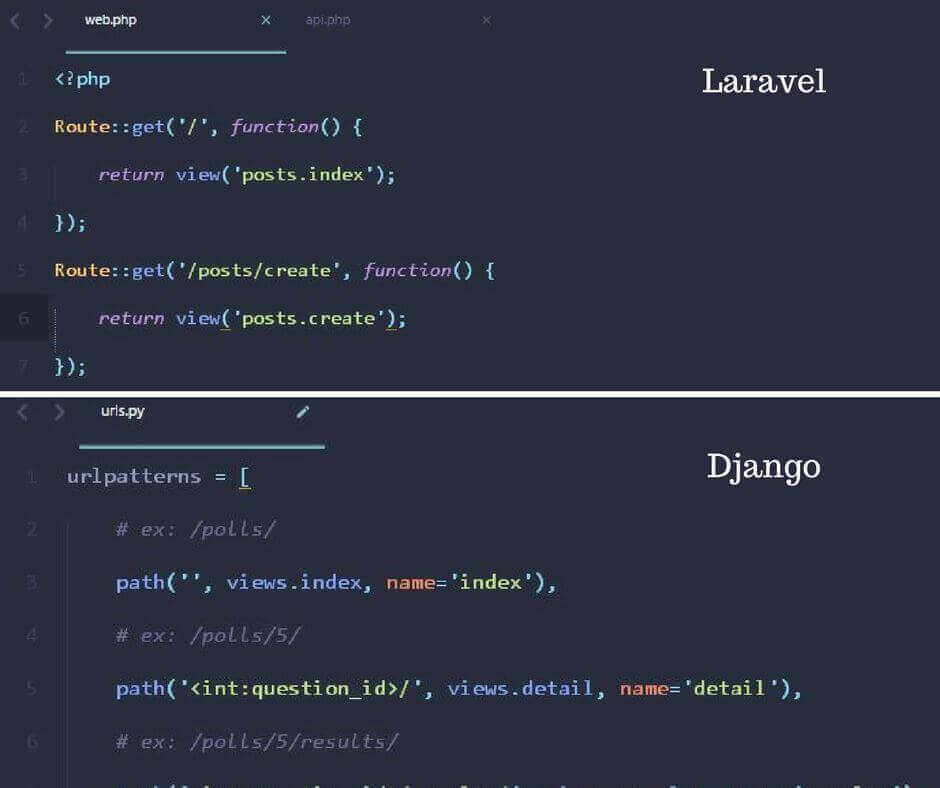 You can use Laravel to create an API in a simple way. It returns JSON format for any database query. Furthermore, developers can separate their API endpoints if they place the routes in another file, which is provided by Laravel.

With Django, you have to use REST framework if you want to work with structures that allow you to create an API.

The project structure is well-made in both Django and Laravel, with one small exception - Django offers you separate directories for your applications, which is not provided by Laravel.

As was mentioned in the previous section, it can be difficult to create APIs with Django. But, you are free to use its built-in decorators, such as has_permission, require_POST, and login_required. Another feature is the admin application that allows the user to build a site area in automatic mode, as well as view, create, delete or modify current records. This may help you speed up your development!

Laravel comes with an elegant ORM (object-oriented mapper). It also has a neat bundle modular packaging system and different dependencies. These will help you modify and update your applications, especially when it comes to Laravel 3.

In this article, we reviewed the main advantages and disadvantages of Php vs Python. We learned that Django helps developers create and launch their platform quickly, without the mess. It is well-secured and protects from SQL injections, clickjacking, cross-site scripting, etc. Additionally, this language is compatible with major OS and databases, making it easy to work with a couple of DBs at the same time.

When choosing between laravel or django, we always lean in favor of the Python framework. This technology has already established itself as a qualitatively reliable background for many successful projects. If you compare the total number of sites written in Laravel and Django, the second framework is used by twice as many online platforms.

We write in various frameworks, but Django is our favorite. It enables us to create high-quality applications and web platforms. As a result, we have earned lots of satisfied customers and users around the world. We use Django because we care about the safety of personal data and the rapid delivery of the project. 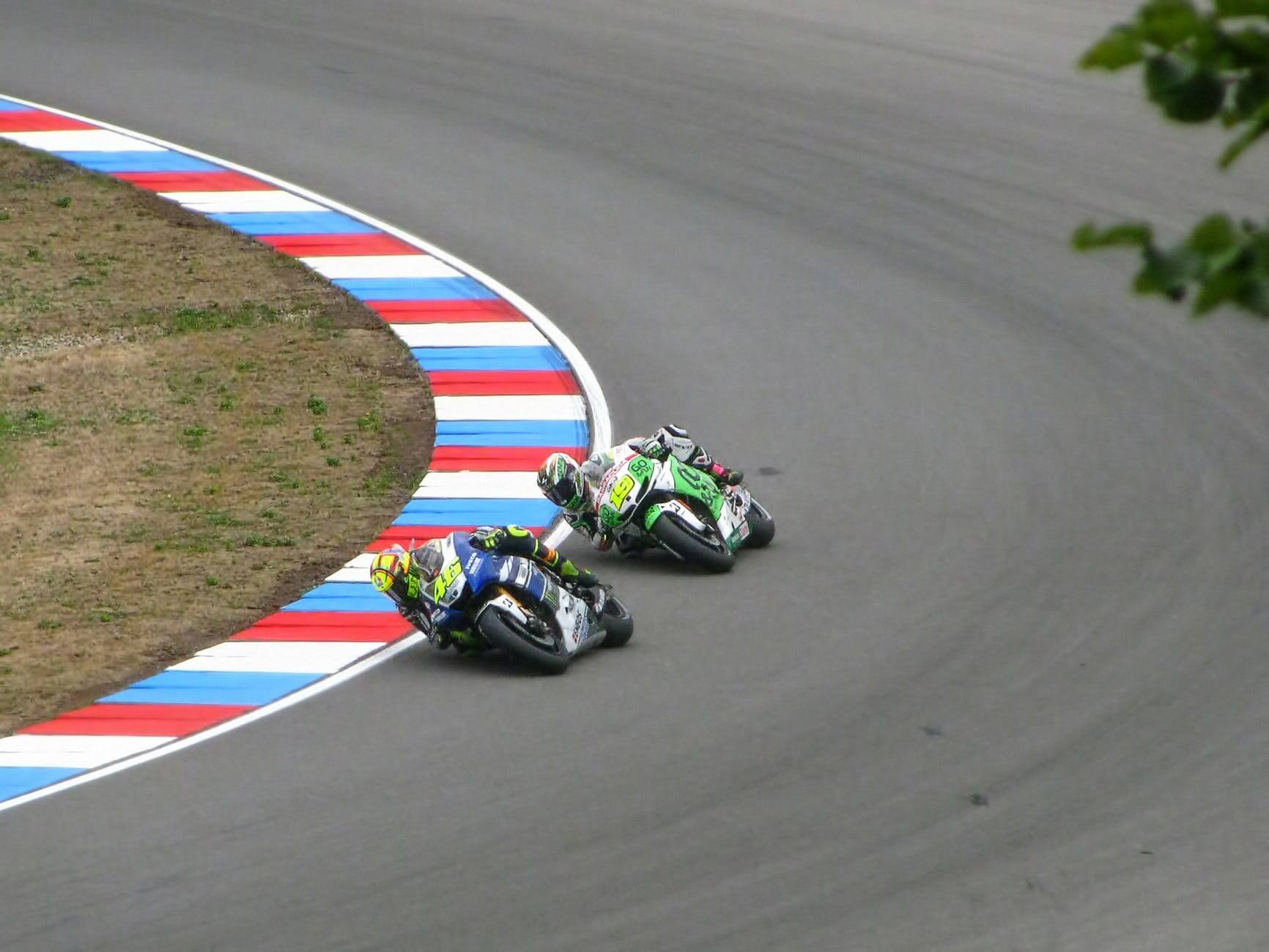 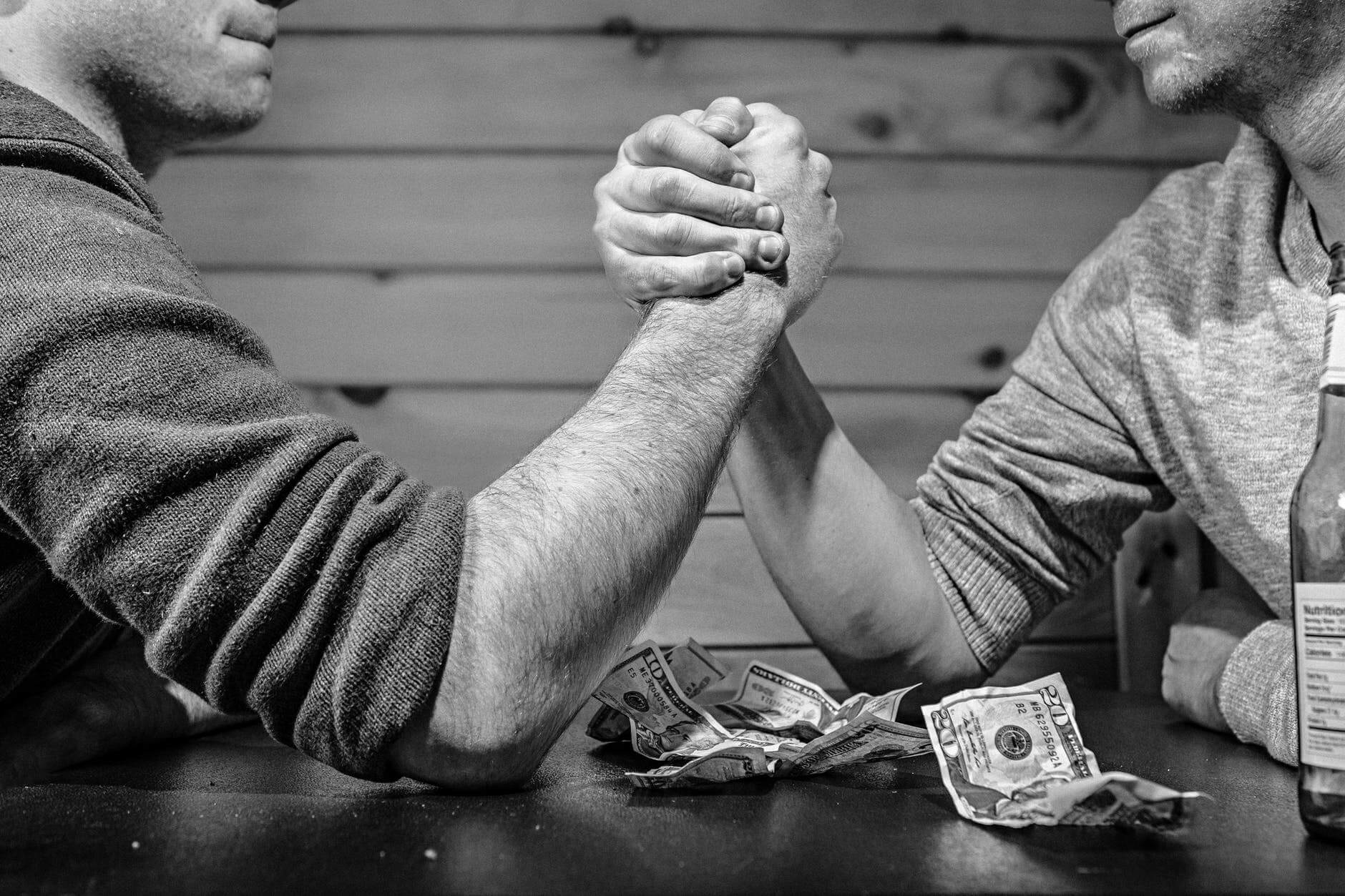