CI systems allow detecting integration errors as quickly as possible because an automated build verifies each integration. With the help of CI tools, developers can also find errors sooner. It is a well-known fact that developers can face blocking issues right at the demo version when some code is not adequately tested. With this in mind, if your goal is to integrate the code with other parts of your system, ensure a smooth workflow, and keep everything in order by implementing the best continuous integration tools. 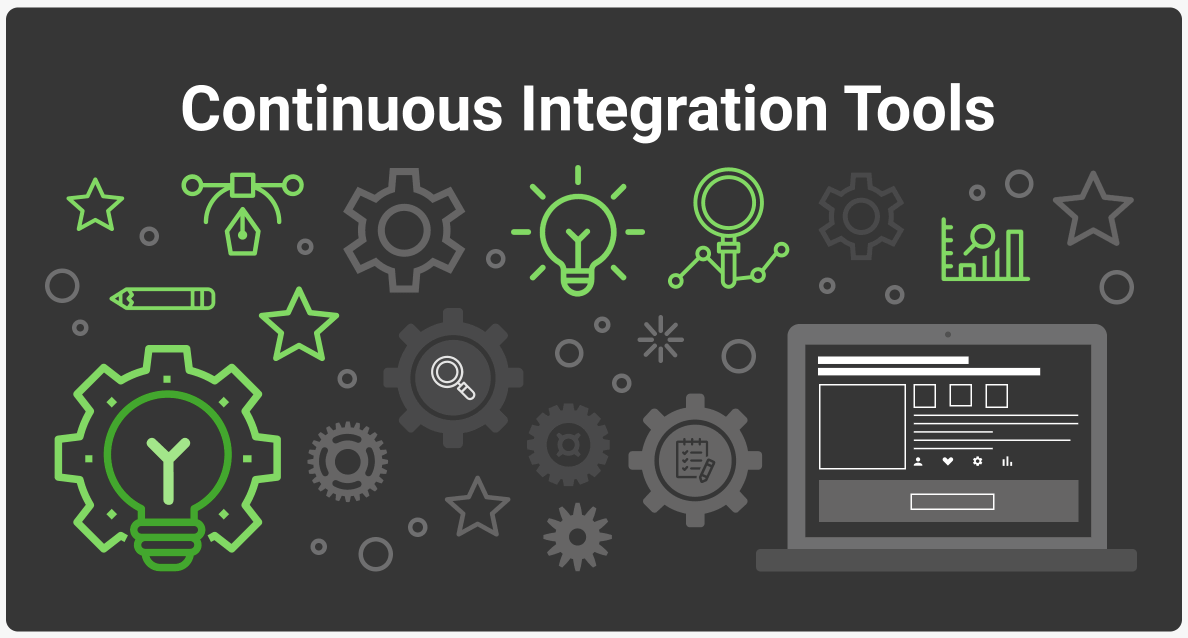 According to Wikipedia, CI is the practice of merging all developers’ working copies to a shared mainline several times a day.

Grady Booch first proposed this method in 1991, though he did not prove that developers need integrating several times a day.

Five years later, Kent Beck created Extreme Programming ( XP), where he advocated integrating more than once per day, and perhaps even more than ten times per day.

Now, let’s look at the benefits of CI/CD to define which one is the best to satisfy your business goals and project requirements. There are many advantages of CI systems, but we’ve decided to emphasize the main four in this article.

It is not a secret that large projects require many developers to work on different parts of the code. If you have beginners in your team, the process of integration can become very risky. However, if you do integration daily or multiple times a day, it reduces integration risk.

Another advantage of the CI system is that it reduces deployment time, and most experienced developers know that deploying projects is usually very difficult and time-consuming.

Do you remember your first days at work? When you were afraid to break the code, and that is why you preferred to do nothing? That is how beginners feel who have just come into the project and do not know much about it. This fear of breaking something can block their ability to work and create something new.

To put it another way, people need to feel confident in order to work. They should not be afraid to break something and get fired. That’s why developers need CI systems to help people integrate more easily into the project and feel more comfortable doing their job right away.

You probably already know that the task of the QA team to fix everything that is broken in the process of project deployment. CI systems help isolate and trace bugs efficiently. And the earlier the bug is found, the better it is for QA engineers.

Since continuous integration has become a vital practice for companies to leverage team performance and achieve maximum productivity from the development process, there is a rich list of continuous integration systems and tools from which to choose. We have prepared for you a list of the 10 best CI tools in 2021. 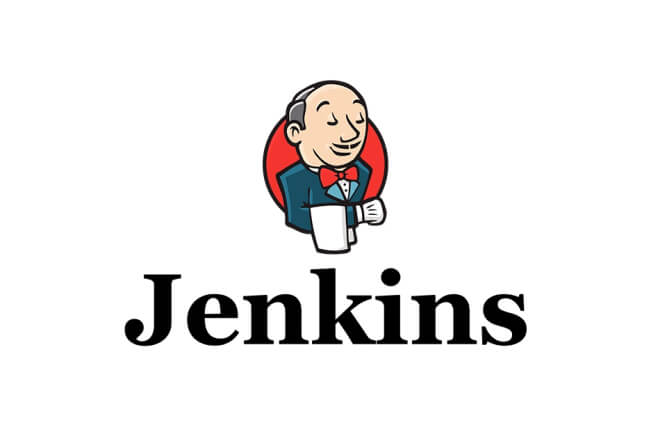 Jenkins is an open-source CI system written in Java. This CI tool helps developers and QA engineers quickly find and fix bugs in the code. Here is the list of Jenkins features:

Like Jenkins, TeamCity is another popular CI tool that has many features:

Here are some features of Travis CI:

Bamboo is another commonly-used system among tools for continuous integration. It works nicely with Bitbucket and JIRA software. Here are some Bamboo features:

Circle CI is a continuous integration system. It runs in any environment, including Python API server, cross-platform mobile app, or Docker cluster. Like other CIs, Circle CI helps to find and fix bugs. Here are some more Circle CI features:

Codeship is a flexible CI tool that, like other CI systems, helps reduce bugs and improve the app’s quality. You only need to push your build to the repository, and Codeship CI triggers the automated workflow.

It would be nice to mention that Gitlab is an integral part of the Gitlab project. It is an open-source and continuously improved CI tool that delivers a modern software development product for today’s software developers.

Integrity is a strong CI tool that works only with Github. According to the Integrity website, this tool builds your code and runs your tests as soon as you push your commits. Furthermore, Integrity reports the build status back to you and your team using various notifiers. So, all members of your team can be on the same page, and bugs can be fixed right away.

Another popular CI system is Nevercode. The motto of Never code is “ Replace manual intervention with complete automation.”

The last great continuous integration tool on our list is Buildbot. This CI system is written in Python and can be heavily customized through a configuration file.

Now, to have a better visual understanding of each tool, we have created a chart that allows you to see how they differ and choose the one that perfectly matches your business goals, financial opportunities, and project requirements. 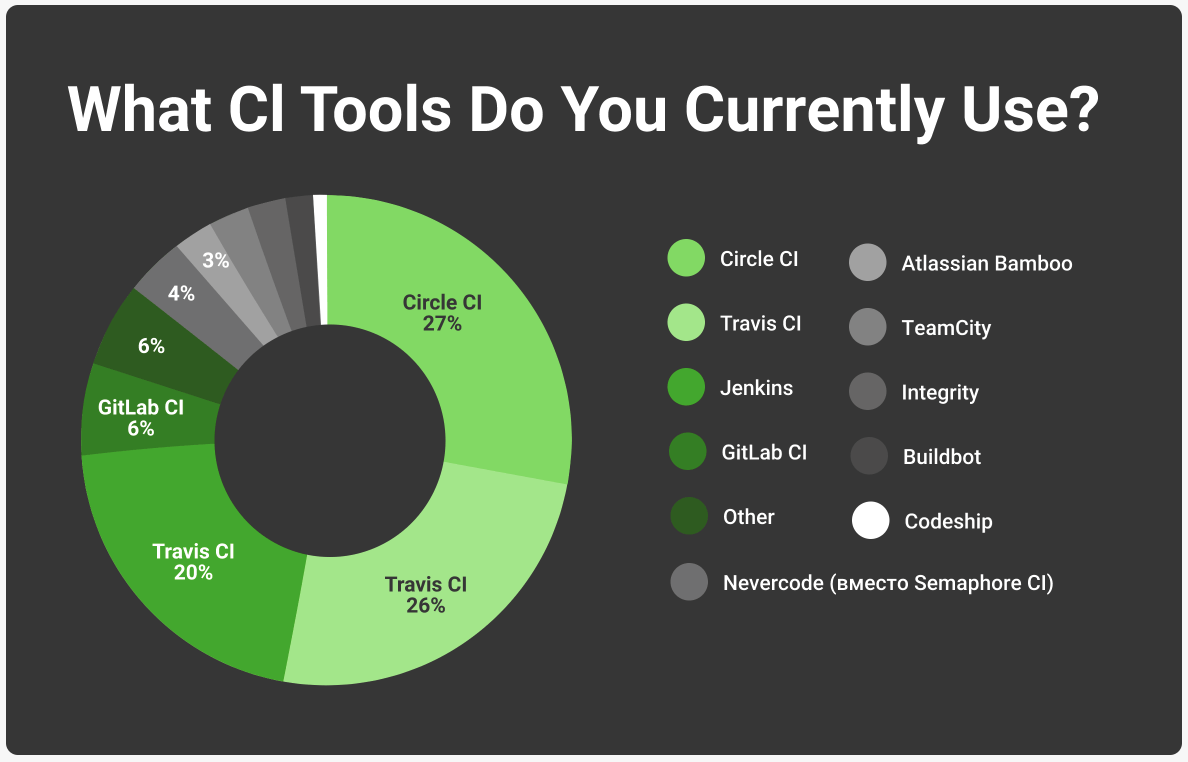 In conclusion, we want to remind you that you need to pay attention to several things while choosing the perfect CI tool for your project, mainly the build processes’ flexibility. Your CI tool should contain special features to control the number of merging processes so that you can merge once a day, two times a day, or more.

It is also better to choose a CI tool that is easy to set up because most developers do not want to spend their precious time on it.

And lastly, it is essential to pick up an easy-to-use CI system, so pay attention to your CI user interface.

What do We Offer? 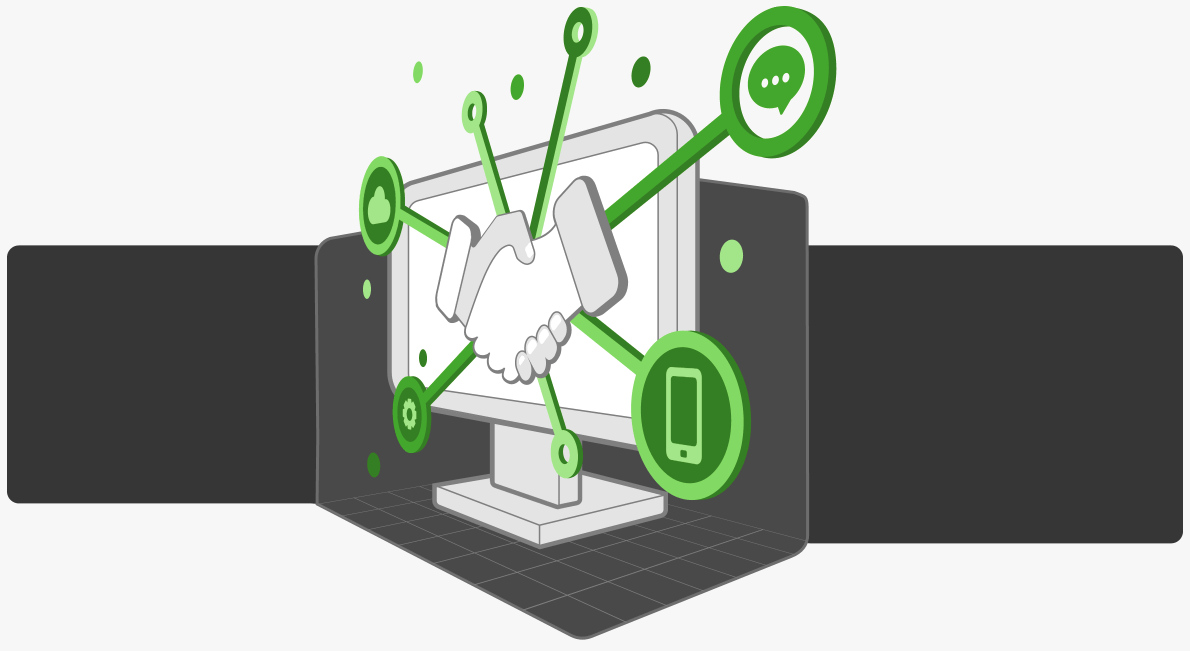 We hope this article was helpful for you, and we managed to answer all your most important questions about Continuous Integration and the best modern CI tools.

If you still have any doubts about which CI tool would be best for your project, you can always count on our help.

KeyUA has successfully worked in the IT-sphere for more than 9 years. We have many clients, mostly from the USA, Canada, Australia, Europe (Austria, Czech Republic, Sweden, Switzerland, Germany, etc.), and other developed countries.

The KeyUA team consists of experienced developers, QA engineers, sales managers, and copywriters, who are always glad to help regardless of the project’s size.

7 Steps to Prototype Your Mobile Application

How to Choose the Best Tech Stack for a Mobile Application

8 Tips to Develop a Cloud-Based Software for Finances